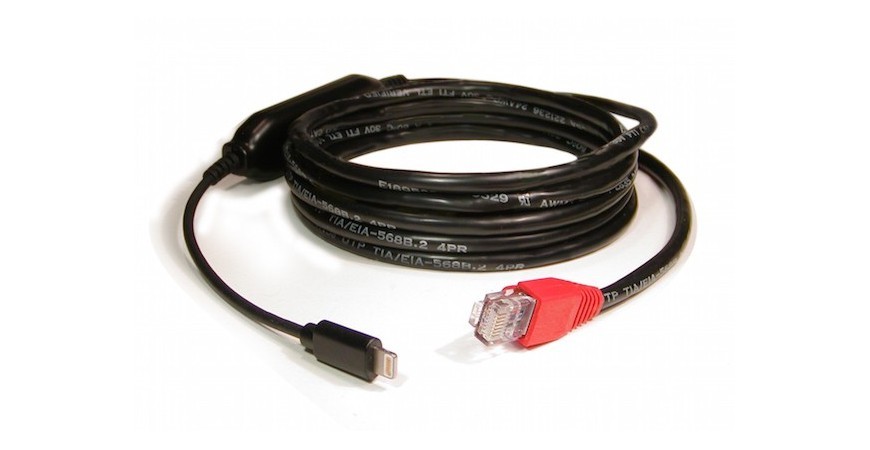 Redpark Ethernet Cable (L2-NET) vs Airconsole - both are good!

Many field engineers have long wanted to directly connect their iPads and iPhones directly to a LAN port - sometimes inside datacenter's there are no WIFI networks, or the network they need to connect to is not routable via any WIFI. In these cases a Redpark Ethernet cable or an Airconsole WIFI-Ethernet bridge adaptor are a great solution for connectivity. There are pro's and cons to each approach.

For the speed and simplicity of connecting a cable, you can't beat a physical Ethernet connection to your iPad. You plug it in and launch your app that supports the cable and your done. The WIFI and 3/4G networks on your iPad remain available to connect to external networks concurrently. The downside is that the Redpark Ethernet cable must be explicitly supported by your application to be used - it does NOT appear as an operating system level ethernet port. Fortunately our Get Console app natively supports the Redpark Ethernet cable for Telnet, SSH, TFTP and other functions.

For a more flexible solution the Airconsole adaptor automatically bridges whatever Ethernet network is physically connected to the Airconsole-XX WIFI network. The Auto-MDIX function generally means it will work with all types of Ethernet cabling. Airconsole can be configured as a pure bridge so does not act as a DHCP server itself - meaning the iPad will receive an IP address from the physical LAN or can be statically configured. Airconsole also acts as a WIFI/wired Serial adaptor as well - and has a bunch of other advanced features - so is more of a single swiss-army-knife rather than a point solution for single connectivity. So the downside is because it does more, it can require some setup before hand.

For the best of both - get both :) We generally carry 1 of each for field work and haven't ever run into a tablet connectivity issue yet.